MCC is a very aggressive, but also highly immunogenic skin cancer. Thus, immunotherapy with PD-1/PD-L1 checkpoint inhibitors is an efficient treatment for patients with advanced MCC, but resistance is common. This project within the Else-Kröner-Fresenius funded Medical Scientist Program UMESciA (https://www.uni-due.de/med/umescia/) will apply single cell and spatial transcriptomics to unravel the molecular mechanisms contributing to the primary and secondary resistance of MCC to immunotherapy focusing on adaptive T cell responses identified by their T-cell receptor repertoire usage.

It is increasingly recognized that immune escape mechanisms of solid cancers are not solely depending on characteristics of the malignant or the stromal cells, but are caused and maintained to a significant extent by the dynamic interaction of all cell types present in the tumor microenvironment. This notion will be scrutinized by the candidate together with the TSCR team using the highly aggressive Merkel cell carcinoma (MCC) as a model tumor.
Initial single cell analyses of primary and metastatic MCC tissue indicated complex interactions of different cell types based on the respective expression of ligands and receptors by them.Presumed cellular reactions inferred by epigenetic characteristics, transcription factor activity as well as ratios of spliced and non-spliced mRNA counts confirmed this mutual influence of cell-cell interactions. For example, chronic inflammation caused by cancer cells favors the presence of B cells producing immunosuppressive cytokines and small metabolites such as the neurotransmitter GABA. These soluble factors cause the polarization of macrophages, which in turn inhibit the recruitment and activation of cytotoxic T cells. Knowledge of the epigenetic and transcriptional signatures in the cells of the tumor microenvironment facilitates and refines the deconvolution of bulk epigenetic and transcriptomic data, which in turn allows to extend the otherwise for logistic and economic reason limited number of analyzed tissue samples to larger cohorts. Furthermore, the availability of spatially resolved transcriptomics together with antibody-based proteomics prepares the possibility to train AI-based algorithms for the analysis of conventional histology sections to already infer from them the dynamic interactions in the tumor microenvironment, which constitutes the prerequisite to further train the model using the bulk epigenetic and transcriptomic data.

The introduction of PD-1-based immune checkpoint blockade (ICB) significantly improved survival in palliative and adjuvant melanoma patients. However, up to 60% of patients in the palliative setting suffer from primary therapy resistance. PD-L1 is currently the only approved predictive histopathological marker for ICB response in melanoma. Recently, we demonstrated that a novel computational algorithm improves the predictive power of conventionally performed PD-L1 findings in terms of treatment response, PFS and OS (Placke et. al., Frontiers in Oncology, 2021). The proposed project will now investigate the use of artificial intelligence (AI) in the evaluation of PD-L1 diagnostics. As a first step, we will use AI in pre-therapeutic PD-L1 immunohistochemistry staining and HE slides from 100 palliative melanoma patients, who have received PD-1-based ICB and whose follow-up data are known from the TRIM project (Tissue registry in Melanoma). Using AI, we will identify potential factors that are critical for the response to therapy. Here, weakly supervised and self-supervised deep learning methods combined with state-of-the-art explainable AI approaches, like SHAP (SHapley Additive exPlanations, Lundberg et. al, NIPS, 2017), will be employed to distinguish between the different responses and determine the key feature that influence therapy resistance. These methods have the advantage that only a minimal amount of human-defined labels are needed for the classification task, enabling the discovery of novel structures. The second step is to extend the use of AI to PD-L1 and HE sections of melanoma patients receiving PD-1-based ICB in an adjuvant setting (n=300) from the TRIM adjuvant Project. Next, differences and similarities identified for PD1-based ICB response in the palliative and adjuvant settings by AI will be compared. In the last step, spatial proteomics by matrix-assisted laser desorption / ionization mass spectrometry (MALDI-MSI) will be used in selected melanoma samples to identify the proteins that are responsible for poor therapy response.

A considerable group of metastatic melanoma patients rapidly respond to immune checkpoint inhibitors (ICI). For this study, patients achieving a complete or partial response (CR/PR) within three months after ICI treatment start were defined as super-responders. The study was aimed to analyse super-responders for clinical and molecular characteristics potentially useable as predictive biomarkers.
From the multicenter translational study Tissue Registry in Melanoma (TRIM; CA209-578) performed within the framework of the skin cancer registry ADOREG of the German Dermatologic Cooperative Oncology Group (DeCOG) a subgroup of patients with cutaneous, mucosal and unknown primary melanomas, and ICI treatment for advanced non-resectable disease was eligible for the present study. A response of CR or PR within three months after ICI initiation was defined as super-response (SupR), a progressive disease (PD) in this time period as non-response (NonR). Clinical characteristics, tumor PD-L1 expression, and tumor targeted 39-gene DNA panel sequencing was performed in all patients. In a subset of 52 patients (25 SupR, 27 NonR), additionally capture-based targeted next generation DNA sequencing was applied analysing alterations in 611 target genes known to be mutated in cutaneous melanoma.
540 patients were identified for study inclusion. Within 3 months after ICI initiation, in 43/540 patients (8.0%) a CR/PR was achieved (SupR); PD occurred in 187/540 patients (34.6%) (NonR). Median age at treatment start and gender distribution were similar in both groups. Univariate and multivariate binary logistic regression analysis showed tumor PD-L1 expression, and number of tumor-affected organs as significantly associated with a super-response. The median overall survival (OS) of SupR was 47.8 months (95% CI 29.0-66.6) compared to 6.1 months (95% CI 4.8-7.4) in NonR (log rank test p<0.01). For the subset of 52 patients analysed for 611 target genes, the origin of tumor samples was primary melanoma in 9/52 cases, and metastasis in 43/52 cases. SupR had a significantly higher tumor mutational burden (TMB) compared to NonR (p=0.021, TMB threshold ≥10 mutations per megabase).
As potential predictive markers, the PD-L1 expression in pre-treatment tumor tissue, the number of tumor-affected organs, and the TMB were found to be associated with a super-response to ICI in metastatic melanoma patients. 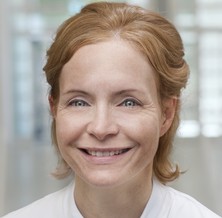